Re-establishing a safe program state after an error occurred is a known problem. Manually written error-recovery code is both more difficult to test and less often executed than the main code paths, hence errors are prevalent in these parts of a program. This paper proposes a failure model for concurrent objects with cooperative scheduling that automatically re-establishes object invariants after program failures, thereby eliminating the need to manually write this problematic code. The proposed model relies on a number of features of actor-based object-oriented languages, such as asynchronous method calls, co-operative scheduling with explicit synchronization points, and communication via future variables. We show that this approach can be used to implement Erlang-style process linking, and implement a supervision tree as a proof-of-concept. 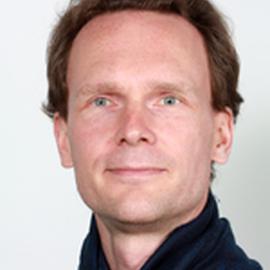